Preview Mode Links will not work in preview mode

We capture the stories behind Haunted Attractions, Haunted House Scare Attractions, and Halloween. Interviewing the people who make up this wild and crazy industry.

We also host a membership community, The Haunter's Toolbox, where you can come learn how to start and grow your own Haunted Attraction.

Moonlighting from their day gigs, a handful of theme park professionals have thrown the proverbial gloves off by thrusting guests into an adventure far too severe for the family-friendly confines of an amusement park.

The experience was created by theme park designer, Jon Cooke, who was looking to push the parameters set by the day-to-day requirements in his industry. In response to founding his new side project, Black Market Escape Rooms, Cooke says, “I saw so much potential story and show elements in escape rooms. I wanted to do something more so I went out and surrounded myself with some of the best experts in the theme park industry and we created this unforgettable encounter.” 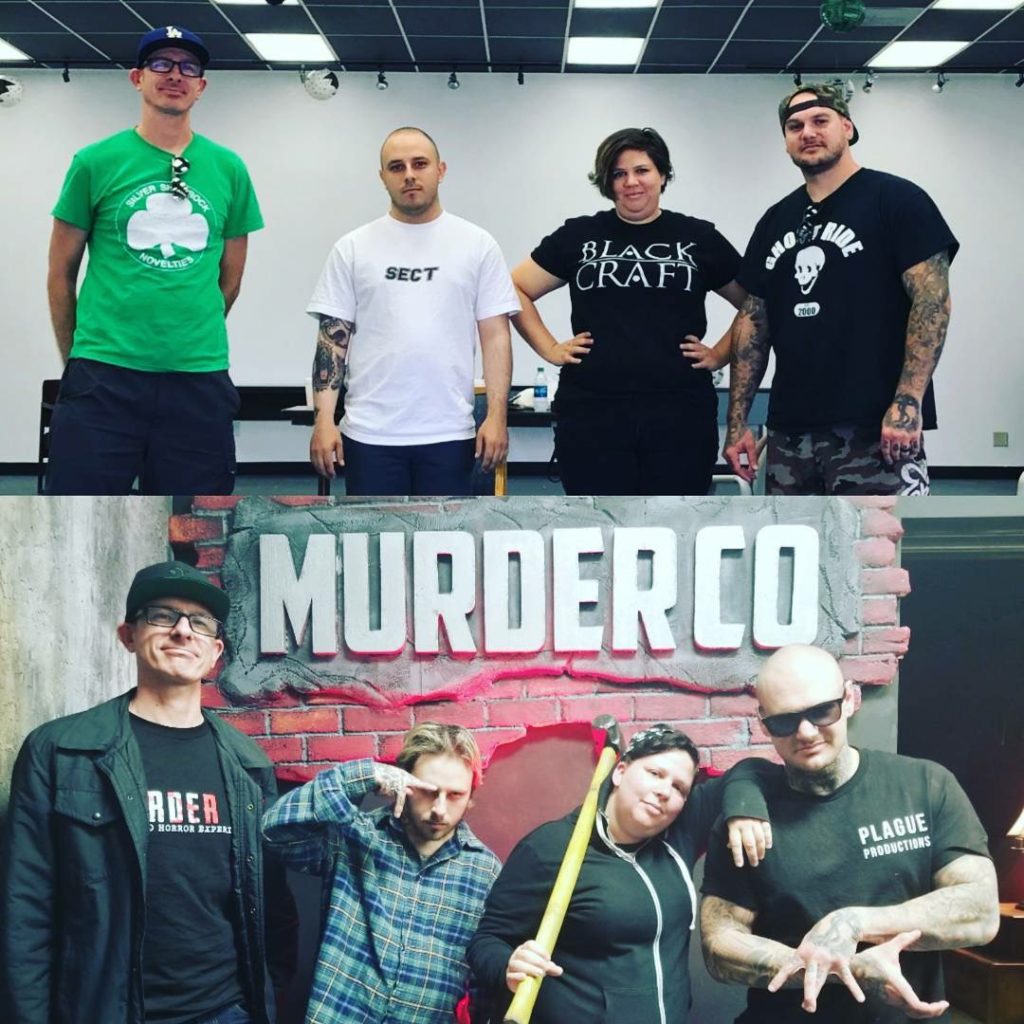 Regarding Murder Co’s intensity is attraction writer and director Ted Dougherty, who confesses, “We had to go to some extremely dark places that definitely left a few emotional marks.” Although the attraction may not fall into the category of an “extreme haunt,” it does contain content best reserved for those not easily offended or disgusted.

Expect serious thrills as Cooke is no stranger to terrifying people based on his innovative haunted attraction designs for Knott’s Scary Farm. When conceiving Murder Co, he admits, “It’s what I have always wanted to see and do in an immersive attraction.” A living nightmare is one step away for those bold enough to cross into Murder Co.

JON COOKE has designed, art directed and produced some of the most successful haunted attractions for the world famous Knott’s Scary Farm, including “Special Ops: Infected,” “Paranormal, Inc,” “Shadowlands,” "Trick Or Treat: Lights Out" and “Dark Ride.” As vocalist for the deathcore metal band, Winds of Plague, Cooke has released numerous albums and toured extensively throughout the globe. Taking the two worlds of themed entertainment and live performance, Cooke has melded his experience into creating visionary ways to horrify the masses. www.plagueproductions.com

Haunter's Toolbox: Our other website for starting and growing your own Haunted Attraction

Have you always wanted to know what goes on behind the scenes of Haunted Attractions, Scare Attractions, and Halloween? We tell those stories here! We capture the stories of the people behind the scary events and share tips along the way on HOW YOU can make your own Haunted House scary and effective...without spending lots of money to do it. We've done it and are still doing it. Join us, Brian Foreman and Darryl Plunkie, as we pick the brains of the professionals that make up the Haunted Attraction Industry!